Every surfer is different. Some may ride with two fins, some may ride with 5. Depending on the individuals skill set, and the board itself, your fin setup can be crucial to enhancing your performance. Without a fin, your board will slide uncontrollably on the waves, making you look like a fish out of water. Your fin creates resistance in the water, allowing you to turn and curl on the waves, and if you pick the right fin, it’ll be your boards best buddy. Like we said; every surfer is different. Some will only ride with a certain setup, and will stick to this religiously. 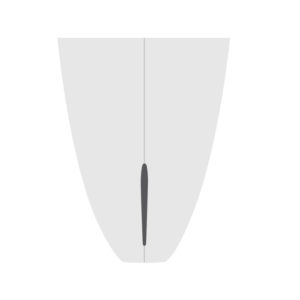 Control. Freedom. Most people get put off of the idea of riding a Single Fin, they say it looks to long and bulky on the board, it creates stiffness in the water. However, Single Fins are the most common setup for long board’s, and allows those nose-riders out there to have complete stability on the waves. A Single Fin provides a whole new experience in the water. They are usually long and wide, being the perfect propeller for your board. Unfortunately though, a Single Fin setup is more about cruising than speed. You’ll find it hard to do quick, sharp turns. But that didn’t stop The Pioneer, Phil Edwards. A Single Fin is something everyone should try at least once. We have a couple of Single Fin riders here at Seabase, and they adore the feeling it gives to them. 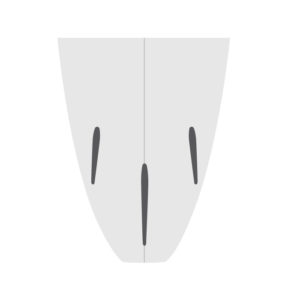 A popular set up for surfers. 2+1 configurations have a longboard single fin box in the middle, with two regular Thruster/Side fin boxes to each side. The middle box is normally longer, allowing you to set your middle fin forward or back. The normal size people go for, for their middle fin, is anywhere between 6″, and 8″. The side fins are slightly smaller than a Thruster, giving the board a unique style on the waves. It’s an all rounder, allowing you to cruise, speed down the lines, and do those little kick-tail tricks. This is increasingly popular in the industry. Most people however can get put off by this style, thinking they need a 10’0 Mal board to accompany the set up. But some of our water baby’s here, like Meg, rides a 6’6 with a 2+1 set up, and finds more freedom and casual surfing with the 2+1. The downside? It’s not as fast as your Thruster or Quad. 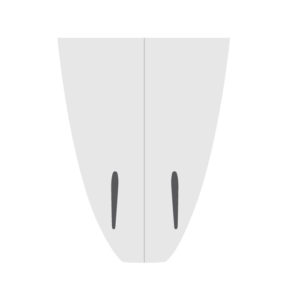 Twinnies are most commonly found on a retro board; maybe a fish. They offer extra maneuverability and speed, helping surfers like Mark Richards to win four consecutive World Championships. Having a twin-fin fishie allows you to break up that stiffness on the waves, and they’re a small bundle of fun. Sometimes, though, they can feel a little to loose, and make it hard to bottom turn on bigger waves. 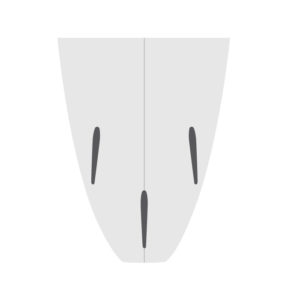 The Thruster is the most common set up for most surfers, from beginners to experts. The three fin set up provides more stability and maneuverability than the twinnie, it holds in well and makes your board feel more stable. The forward fins of the Thruster set up have their bases angled towards the nose of the surfboard, providing a clean finish to the board. A great accessory for the stick, and for the surfer. These features enhance the surfboard, and prevent any tracking. The middle fin is normally foiled, allowing the flat inside faces of the front fins to improve drive whilst turning. Without a doubt, this is the most popular set up, found in both FCS and futures. A perfectly clean set up, and probably the most popular to our surfers here at Seabase. The only down side we’ve heard from some folk, is that the back fin can create more drag at the end of the board, slowing you down on the waves. This hasn’t stopped John John Florence in his achievements riding with a Thruster set up, though! 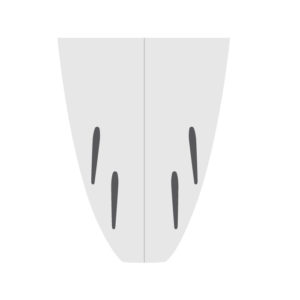 A true character. The four-fin set up gets a little bit of both the twin fin, and the Thruster set up. Quads are another popular choice, and are great in small surf, especially if the rear fins are further up on the board and closer to the rails. The set up helps surfers generate speed, even in weak waves, helping you to achieve those quick turns with extra control. With the Quad set up, you’ll find yourself connected with your stick, holding well in powerful surf and tubes. Clean, and powerful. The only weakness, from what we’ve heard, is that in your first sessions, you can feel a little lose on the waves. 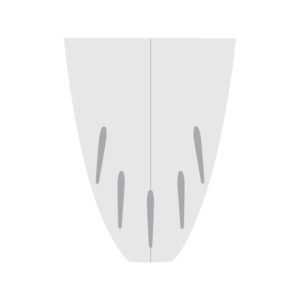 Let’s be honest. Not many people have 5 fins on their board, apart from the almighty Slater. Just like the Quad, the extra fin in the middle adds a little more drive and freedom, speeding down the powerful barrels with ease, and even creating enough force on the smallest of waves.